EVIDENCE FOR AN EXOTIC HIGH-FIELD SUPERCONDUCTING STATE IN FeSe

Superconductivity is destroyed at high magnetic fields. Usually, the highest field up to which this state can exist is the Pauli paramagnetic limit, when the Zeeman energy of the itinerant electrons becomes larger than the superconducting condensation energy. Superconductivity may, however, survive even beyond the Pauli limit in a spatially modulated order. This so-called FFLO state was already predicted in 1964, independently by Fulde and Ferrell as well as Larkin and Ovchinnikov. Despite tremendous efforts in the search for the FFLO states in the past half century, indications of its experimental realization have been reported in only a few candidate materials.

In a recent work, a team of scientists from Kyoto, Bochum, and the EMFL high-field labs in Nijmegen and Dresden investigated the superconductor FeSe combining the complementary expertise available at two different EMFL labs. The team found compelling evidence of a distinct high-field superconducting phase, which is separated from the low-field phase via a first-order phase transition. This high-field phase is attributed to an FFLO state, in which the Abrikosov flux-line lattice is segmented by periodic nodal planes.

FeSe is a layered iron-chalcogenide superconductor with a superconducting transition temperature at about 9 K. The material shows exotic superconductivity with various distinct features. The scientists studied high-quality single crystals of FeSe by means of electrical-resistivity and thermal-conductivity measurements in fields up to 35 T applied parallel to the layer. The resistivity data revealed an unusual upturn of the irreversibility field, i.e., of the onset of nonzero resistance, and a peak in resistance at somewhat higher field (Figure). The upturn in the upper critical field, which is expected to be located well above the irreversibility field, suggests the formation of a high-field superconducting phase. The most remarkable feature is that the field-dependent thermal conductivity data below 2 K exhibit a discontinuous downward jump at about 24 T. Across this field, a large change of the field-dependent slope appears. Thus, these measurements provide strong evidence for a distinct high-field superconducting phase in FeSe, most probably an FFLO phase. 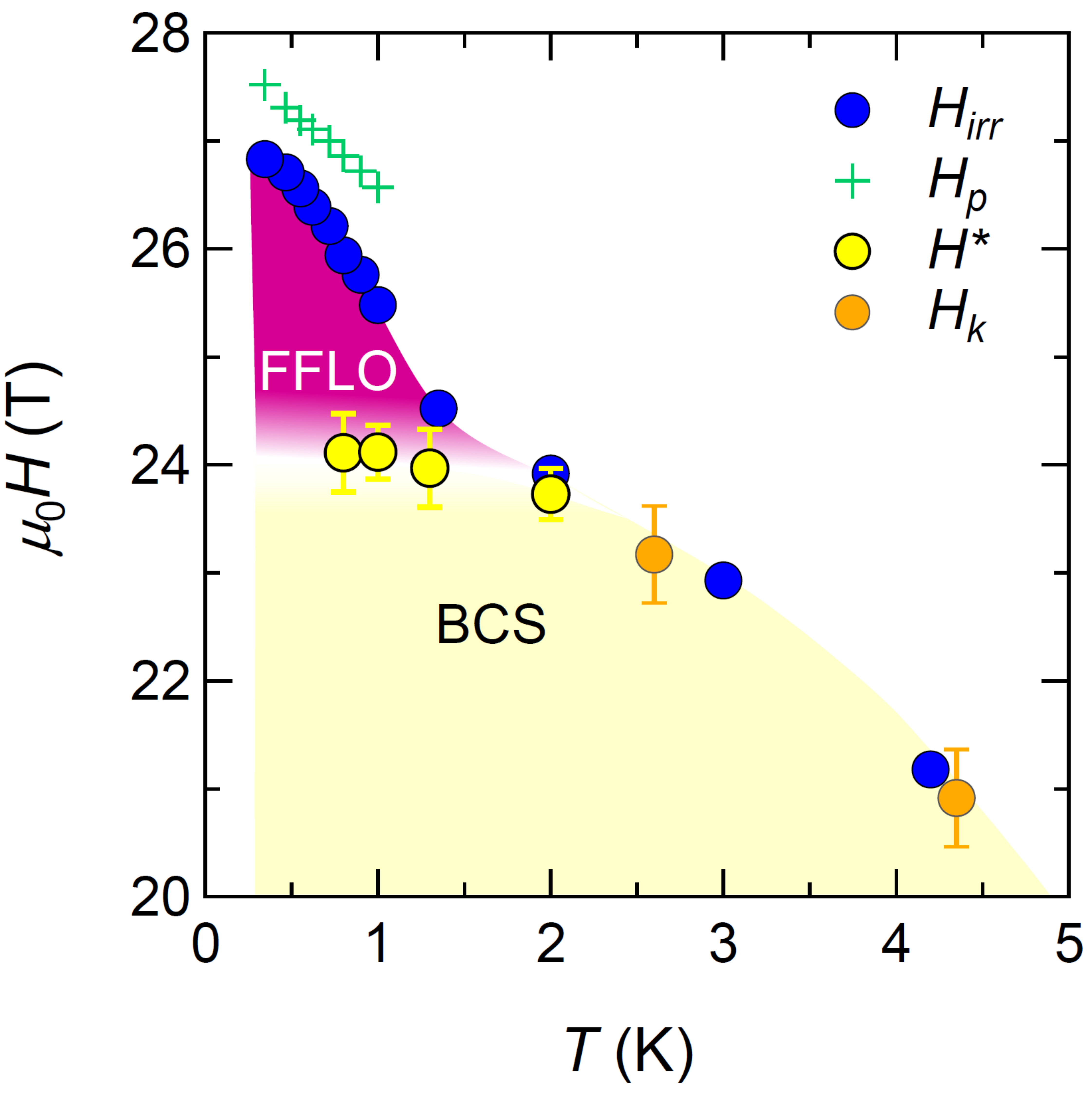